Over the years I would often spend many an hour daydreaming of finding my perfect career with that inspirational Boss. I didn’t necessarily believe it would happen just like I don’t necessarily think there is a partner or soul mate out there for everyone, having been single as far back as I can remember.  Anyway for now, we will park that fact and concentrate on the job aspect.  11 years ago I found my pot of gold at the end of the rainbow when I became the Private PA to a leading Industrialist & Entrepreneur.

It is not hyperbole to state that this job literally changed my life allowing me to evolve into the person I always visualised becoming. I have been afforded unique opportunities and experiences in this role and it has succeeded in giving me a sense of purpose previously lacking.  It was a tough struggle to get to this place and for this reason I am dedicated to motivate and empower those seeking a similar path or indeed just to help guide those that may have lost their focus or confidence.  If it can happen to me, a girl from North West London from the most DYSFUNCTIONAL family imaginable then it can happen to others.  Without wishing to sound like some sort of self-help crusader, your past doesn’t have to define you, and I am living proof of that – it is not so much about what happened in your past but the important factor is what you do with your future.

For far too long I was an employee in what were for me unfulfilling roles within companies and industries that did not suit me and as a result I did not suit them; my unhappiness manifested itself in different ways, emotionally, physically and performance related. It was only when I came to the conclusion that for me the Corporate world was not where I was going to cut it, I finally mustered up the courage to leave what had been familiar all my working life and venture into the unknown.  Believe it or not I initially tried my hand at being a make-up artist, but I wasn’t the best, giving a TV celeb a Father Christmas beard with cotton wool two minutes before he was due on air!  I soon decided a life lugging around a suitcase on wheels full of cosmetics was not for me.

Back to reality, I had a clear vision and desire to work for a key decision maker within a business organisation. However, my CV was not the strongest and my previous experience wasn’t wholly relevant but I wasn’t going to let such factors deter me. My nature dictates that there is a solution to every problem and this is a typical case in point.  My plan was simple, to temp or freelance only in companies that were in the sectors I was eventually interested in pursuing as my next career move.  I would be able to showcase my skill set, make the relevant contacts and gain the right experience or the best possible scenario to be offered a job!  Whilst on an assignment in a private equity company in Green Park I was spotted by a Head Hunter who eventually put me forward for the role that I currently hold to this day. A simple strategy that paid off.  I am a great believer in fate but I do strongly feel that one has to steer it in the right direction. A pragmatic approach to any problem will deliver a solution of some sort.

Upon arriving at my new place of employment it could best be described as a Baptism of Fire. This was a whole new world that I had never previously been exposed to.  I immediately saw the need to embark on a crash course in food, wine and art: learning that amuse-bouche are supposed to be bite-sized, realising it is not ‘Chateau Pap de Neuf’ as I had gleaned whilst watching the iconic comedy show Only Fools and Horses… 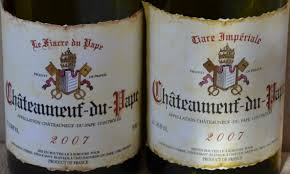 and appreciating a solid block colour on canvas is actually considered a true masterpiece, well it is if painted by the artist Mark Rothko… 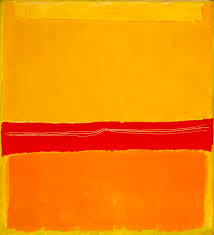 I had no choice but to sink or swim.  I kept coaching myself with the following mantras:

What is the worst that can happen?

What would I want if it was me?

A mistake is only a mistake if you don’t learn from it.

Initially I had nothing to lose and everything to gain. I gave it my ALL and with each passing month I learnt more and more of what it takes to survive in this rarefied world.  I hasten to add this is not something for everybody, it takes a certain character to be a success in such a role, one that possesses a serving heart and a resilient nature.  I could list many other traits needed but perhaps I can save this for another post.

There is much more to my story I want to share and in time I will write further chapters which will be cathartic for me and I hope interesting, amusing and insightful for you.

Thinking quickly on your feet